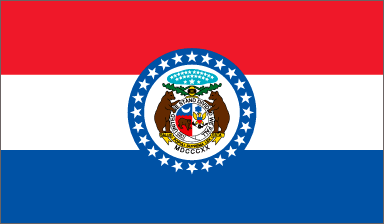 On October 27, 2015, the Missouri Attorney General filed a lawsuit against two telemarketing companies that solicit donations on behalf of charitable organizations in the state, and against the companies’ co-owners.  Regular readers of this blog know that these have been very eventful times for telemarketers, as the U.S. Supreme Court considers the breadth of relief to which a plaintiff is entitled under the Telephone Consumer Protection Act (“TCPA”), other federal courts opine on the definition of an “autodialer,” and the Federal Communications Commission releases consumer complaint data weekly.

Missouri’s action is not simply an example of piling-on: it is a stark reminder that telemarketers who work for nonprofit organizations must still comply with many of the TCPA’s provisions (as well as those of the TCPA’s cousin, the Telemarketing Sales Rule (TSR)).  Some businesses that operate in the nonprofit sector – particularly the charity sector – believe that laws impacting the commercial industry do not similarly apply to them; this can be a costly mistake.

Here, the Missouri Attorney General alleged that telemarketers Automated Professional Marketing, LLC and Safety Publications, Inc. ran afoul of the TCPA, the TSR, and Missouri state law.  According to the complaint, the defendants placed more than 25,000 calls to Missouri residents who were registered on the Missouri No-Call list.  They are also alleged to have abandoned outbound calls, displayed charities’ names rather than their own names on their Caller ID system, ignored consumers’ requests to be placed on their entity specific do-not-call lists, and “used manipulative sales techniques” during solicitation calls.  These are, of course, only allegations at this point, and we will watch to see how the defendants answer.  However, the mere filing of this complaint carries with it several important lessons.

First, it reinforces that working with charities does not provide a “get out of jail free” card for marketers.  The complaint alleges that a Missouri consumer asked to have her name placed on the defendants’ do-not-call list and that she was told “they are a non-profit and they didn’t have to have a do-not-call list.”  It is true that charitable organizations are exempt from the Federal Trade Commission’s (FTC) jurisdiction, and that their telemarketers are exempt from the TSR’s National Do-Not-Call Registry provision.  However, telemarketers who solicit charitable contributions must still comply with most of the TSR’s other provisions, including honoring consumer requests not to be called again by keeping an entity-specific do-not-call list.

Second, beyond the technical requirements of the TCPA, the TSR, and analog state laws, alleged deception often lies at the heart of law enforcement cases involving charity telemarketers.  The complaint not only alleges the use of “manipulative sales techniques,” but it also notes that the defendants’ telemarketers retained a large percentage of the consumers’ donation (between 80-86%) and that the charities on whose behalf they called received the small remainder (14-20%).  The Attorney General took the position that telemarketing scripts containing assurances to donors that “you know exactly where your money is going” without disclosing this information were deceptive.  This is an issue that both state and federal regulators have in their crosshairs, and fundraisers soliciting donations for charities would be well-served to carefully review their scripts with experienced advertising and nonprofit counsel to make sure that the representations align with the charities’ program services.

Third, state attorneys general are at the front lines of law enforcement in the nonprofit sector.  Previously overburdened and understaffed, state charity regulators have more resources than ever before that allow them to coordinate, share information, and bring cases.  Telemarketers that operate across state lines should note that state laws may be more onerous than the TCPA and TSR, and are generally not preempted by these federal laws.  State attorneys general have the authority to investigate and seek penalties for violations of both state and federal law.  We have also seen state regulators work hand-in-hand with the FTC on large-scale investigations and civil litigation against nonprofit organizations.

The bottom line is, the legal environment has not been very “charitable” to telemarketers lately, and we do not expect this to change any time soon.