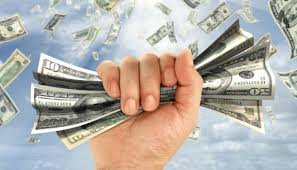 We all know that sweepstakes and contests can be vulnerable to enforcement and litigation, but did you know just how many ways your company can hold a losing ticket when running a prize promotion?  Let’s review some of sweepstakes and contests that got caught in red over the past few months to see the variety of ways a prize promotion can go bust.

Most recently, the Children’s Advertising Review Unit (“CARU”) told Discovery Girls Magazine to modify its advertising for a sweepstakes in order to better protect the privacy of child entrants and more clearly disclose the odds of winning.  The magazine (directed to children ages eight and up) required participants to enter an email address and complete a survey (which included over 50 questions) to be entered for a chance to win an iPod Nano.  CARU determined that the website collected personally identifiable information from children without first obtaining prior verifiable parental consent in violation of COPPA and its guidelines on data collection.  Discovery Girls Magazine agreed to modify its sweepstakes and advertising going forward.

A few weeks ago, the FTC filed a case against a company that allegedly sent millions of personalized, professional-looking letters to people saying that a cash prize of more than $2 million was reserved just for them.  One catch, however, was that the “winners” had to return a form and pay a $20 or $30 acceptance or registration fee.  The other catch was that the recipients didn’t actually win a prize after paying the fee.  Though the letters included a disclosure stating that the recipient hadn’t in fact won the sweepstakes, the FTC argued that these mice-type disclaimers were in direct conflict with the letters’ claims of major winnings.  The FTC alleged that the “sweepstakes scam” made $11 million from consumers and persuaded a federal court to freeze the operation’s assets while the FTC moves forward with the case.

Back in June, the New York Attorney General’s office addressed another kind of sweepstakes faux-pas, this time involving a free alternative method of entry.  The AG charged A&P Supermarkets with violating state law by failing to properly inform customers that they could enter a sweepstakes without having to make a purchase.  In A&P’s “Frozen Food Month Sweepstakes,” any customer who purchased more than $50 in frozen food products at an A&P store was automatically entered in the sweepstakes.  Though the sweepstake’s Official Rules disclosed a free alternate method of entry, that wasn’t enough to thaw the AG’s concerns.  A&P paid $102,000 to settle the case and promised to advertise the free method of entry in larger signage, to include copies of the official rules in the stores, and to advertise the free method with “equal prominence” to the paid entry.

Last spring, the FCC fined a Boston radio station $4000 for not airing the material terms and conditions of a contest in violation of FCC law.  Though the contest was promoted on-air as a chance to win a choice of three cars, the contest announcements didn’t mention that the winner would not receive the car outright, but rather only won a two- year lease of the car.  Making matters worse, the “winner” only got the lease if he or she passed a credit check.  Though the official rules on the promotion’s website disclosed all these terms, the FCC fined the station $4,000 for not broadcasting the disclosures on the air.

Finally, even private plaintiffs can get in the act.  While usually this means the class action bar because of the stakes involved, even small cases can mean a lot to the people involved.  For example, last year a private plaintiff sued a Pennsylvania state Representative who sponsored a cake-baking contest as part of his re-election campaign.  The contest’s flyer promised that the winner of the contest would receive a cash prize of $200.  A mother-daughter team entered and won, but instead of the $200 prize, they were only awarded $100.  When the winners questioned the Representative about the prize, he said that the contest was supposed to be a “50/50” raffle with a $10 entry fee, so if bakers had purchased all 10 slots, the Representative would have matched the $100 entry fees with $100 in additional prize money. The details of this structure, of course, were not disclosed on the flyer and the winning bakers brought a lawsuit against the Representative for the additional $100 of missing prize money—apparently, the principle meant as much as the prize to the plaintiffs.

a sponsor could face a consumer class action over problems in running the promotion, and even modest prize values may be challenged by consumers who feel that a promotion is unfair

A lot of eyes are on sweepstakes.  Whether it’s an 11-million dollar operation or a small-town baking contest, if you’re running a prize promotion, you should be aware of the high level of regulation and interest in this area of promotions law, and the fact that sweepstakes and contest sponsors can be held responsible for what may seem to be minor or technical violations and slip-ups in the administration of a promotion.  This is true, moreover, even when there is arguably no consumer harm as a result of an error.  Moreover, a sponsor could face a consumer class action over problems in running the promotion, and even modest prize values may be challenged by consumers who feel that a promotion is unfair.  The cases discussed above serve as concrete examples of the risks inherent in running sweepstakes or contest today, and what prospective promotions sponsors should watch out for in structuring and administering such promotions in order to ensure that they go smoothly.