Taking a page from Federal Trade Commission legend (and one of our mentors) Bob Pitofsky, the FTC recently announced that it plans to hold a series of public hearings modeled after the FTC’s 1995 “Global Competition and Innovation Hearings.” New FTC Chair Joe Simons said that the hearings will provide the FTC with an opportunity to engage in “self-examination and critical thinking” to ensure that the agency can keep pace with changes in the economy. Chairman Simons also recently told reporters that regardless of what the hearings may demonstrate, “Just in terms of priorities: our mantra is vigorous enforcement. That is what I did the last time I was here in the Bureau of Competition, and that is what I expect to do now not only in competition but also in consumer protection.”

Public comments may be submitted on any of the proposed topics until August 20 with hearings expected to take place in the fall and winter. Most of the topics are of more relevance to the Commission’s competition mission, but a few also relate to consumer protection. For example, the Commission is inviting comments on the state of consumer protection law and enforcement generally as well as consumer protection issues specific to the communications, information and media technology fields. Comments are also invited on the Commission’s investigation, enforcement and remedial processes as well as possible unfair or deceptive conduct in markets that feature “platform businesses.” Not surprisingly there are also a number of topics centered around data security including the extent of the Commission’s remedial authority. What if the influencer you had been following on Instagram—an influencer whose style choices you admired, and who supported social causes that you believed in—turned out to be…a robot?

This is what happened to followers of Lil Miquela, a 19-year old model from California who launched an Instagram account in 2016.  For the past two years, she’s been posting photos of herself in designer clothing, eating at trendy restaurants, and pitching beauty products.  Along the way, she managed to amass over a million followers.  Then, in mid-April, after getting hacked by a fellow influencer named Bermuda who refused to return her account unless she “[told] the world the truth”— Miquela revealed that she wasn’t human.  She is a CGI creation.  And so is Bermuda.…
END_OF_DOCUMENT_TOKEN_TO_BE_REPLACED

It’s Summer in the City and the back of my neck, and just about everything else, is getting dirty and gritty.  The FTC, however, just announced two cases reminding advertisers to keep it clean on claims that their products can sanitize.

The FTC sued Angel Sales, Inc. and Zadro Health Solutions, as well as the two companies’ principals, alleging that the companies’ claims that their ultraviolet light devices could kill everything from foot fungus to MRSA were unsubstantiated and therefore deceptive.  The companies settled the FTC’s charges by agreeing to substantial monetary judgments and injunctive relief prohibiting such claims in the future.  In 2011, the FTC settled similar charges against Oreck for its UV vacuum cleaner.

Just this month, the Federal Trade Commission completed a review of its Interpretations, Rules and Guides under the MMWA.  One of the revisions that the FTC made was to clarify that under the MMWA, warranty language that implies to a consumer that warranty coverage is conditioned on the use of select parts or service is deceptive.  The FTC wrote that “[g]enerally, the MMWA prohibits warrantors from conditioning warranties on the consumer’s use of a replacement product or repair service identified by brand or name, unless the article or service is provided without charge to the consumer or the warrantor has received a waiver.” …
END_OF_DOCUMENT_TOKEN_TO_BE_REPLACED

The Federal Trade Commission (“FTC” or “the Commission”) has clearly subscribed to enforcing ROSCA recently.  On Tuesday, the FTC filed a complaint against DIRECTV’s negative option program and contract pricing structure under Section 5 of the FTC Act and ROSCA.

In the complaint, the FTC alleged that DIRECTV required customers to agree to a mandatory 24-month contract to receive television programming; customers who canceled their subscriptions before 24 months were charged an early cancellation fee.  Although the rates were set at a specific monthly charge for the first year of a 2-year customer agreement, in the second year of the agreement, the FTC alleged that DIRECTV would increase the monthly charges by 50-70% higher than customers paid in the first year.  After the first year of the agreement, customers either had to pay significant cancellation fees or pay the higher monthly price.  …
END_OF_DOCUMENT_TOKEN_TO_BE_REPLACED

Earlier this week, the Federal Trade Commission (“FTC”) sent warning letters to 20 manufacturers and marketers of dog waste bags because claims that the bags are “biodegradable,” “compostable,” and other green claims may be deceptive.

As we blogged about in last October, the FTC issued warning letters to companies about their claims that their plastic was biodegradable or “oxodegradable.”  The warning letters involved advertising that products were “biodegradable” when in fact, they would not degrade under normal conditions of disposal in landfills within a “reasonably short period of time,” as required under the Green Guides.  The most recent revisions of the Green Guides had warned that unqualified “biodegradable” claims were deceptive if the items customarily disposed of in landfills would not decompose within one year in such an environment. 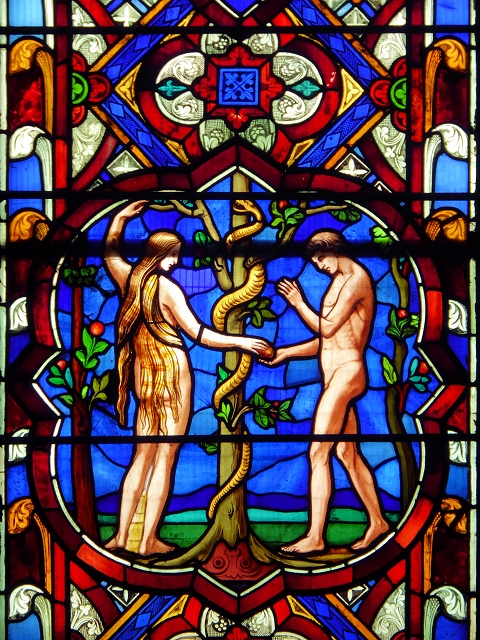 It appears to be search engine marketing month, first the FTC and now the NAD has also weighed in with a case of first impression over use of ad copy in paid search results. Like collecting postcards from our travels, we similarly have memories of NAD lessons in the online travel agency wars, including on…

Are paid search terms about to receive a lot more Federal Trade Commission (FTC) attention?  That’s the question you could be asking after the FTC last week announced a settlement with Nourish Life LLC.  Defendants marketed a dietary supplement called Speak that contains among other things omega-3 and omega-6 fatty acids, vitamin E and vitamin K.  According to the FTC, defendants lacked adequate substantiation for the claim that Speak would help children develop and maintain normal speech, including children who suffer from autism and verbal apraxia (a speech disorder).

The FTC’s complaint cites claims made on websites and social media as well as in direct mail, brochures, and displays at medical conferences.  In addition, the complaint makes reference to paid search terms and sponsored links as one of the mechanisms by which the defendants marketed their product.  The paid search terms cited included “toddler speech problems,” “help my child talk,” “autism treatment,” and “verbal apraxia treatment.”

Does this mean that paid search terms and sponsored links are now fair game for FTC scrutiny?  Well like any good lawyer, we think the answer is “it depends.”  …
END_OF_DOCUMENT_TOKEN_TO_BE_REPLACED