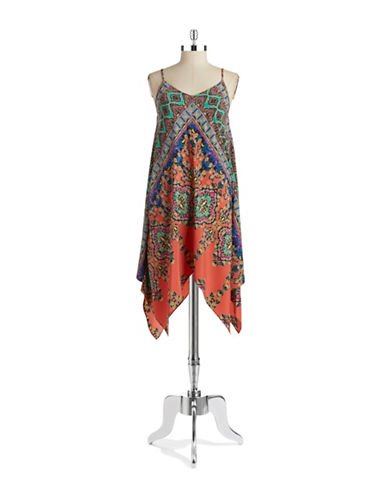 Baseball season is just around the corner, and the FTC’s native advertising case against retailer Lord & Taylor illustrates the baseball rule of “Three strikes and you’re out!”  In its first native advertising case since releasing its Enforcement Policy Statement Addressing Native Advertising and Deceptively Formatted Advertising, the FTC reminds advertisers that those guidelines will be enforced.

According to the complaint, Lord & Taylor launched a new Design Lab collection in the fall of 2014.  As part of its marketing campaign, Lord & Taylor included a comprehensive social media campaign (“product bomb”) for the end of March 2015.  The campaign consisted of Lord & Taylor-branded social media posts and the use of a team of “influencers,” all focused on one article of clothing—the Design Lab Asymmetrical Dress.

At first, the campaign was a home run attracting tremendous traffic and attention on Instagram, and the dress sold out.  Ad industry publications, however, quickly noted that the campaign seemed to run afoul of the FTC’s rules on disclosing paid endorsements.  The FTC appears to have thought so too.

In the settlement announced with the filing of the complaint, the FTC required that Lord & Taylor in future advertising:  1) not misrepresent the independence of endorsers; 2) clearly and conspicuously disclose material connections between Lord & Taylor and any endorsers; 3) not misrepresent that a paid ad is an independent statement of opinion; and 4) institute a compliance system to educate, monitor, review, and discipline endorsers on the requirements of the order.

The complaint and order provide a good batting order of what not to do and what to do to avoid FTC scrutiny.  Beyond that, as in the FTC’s case against Machinima, when the business press comments that a social media ad campaign may be over the line, how a company reacts is critical.  In Machinima, Microsoft and the advertising agency were able to resolve the FTC’s concerns through a closing letter due in part to how they responded to the campaign and steps they took before the FTC arrived to make sure there was not a repeat performance.  Here, the case resulted in an order.  So, to avoid being out at home, pay attention to what your influencers are doing, and nip bad behavior in the bud.  Play ball!